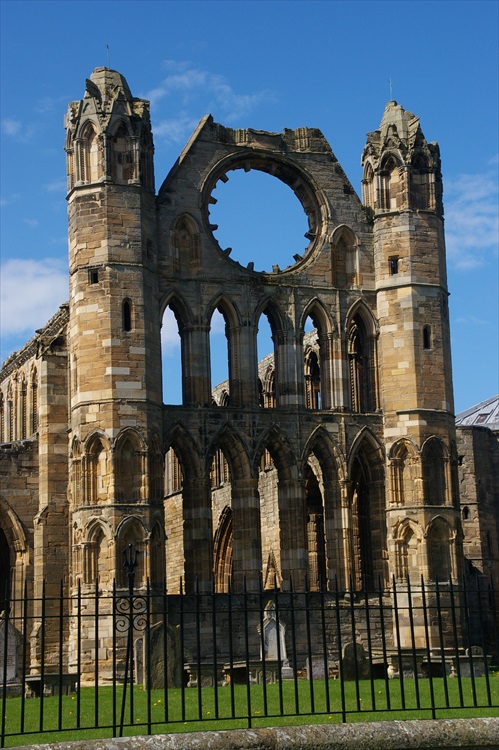 When we planned out this trip we thought the longest part of the journey would be driving from Aberdeen to Inverness. Our planner showed us it would be over 3,5 hours without stopping along the way.

In reality this seems to be the shorted drive so far, even though we stopped a lot along the way! Going from Aberdeen back into the national park, taking the A96 to Inverness directing us past beautiful view points and cultural stops along the way on a drive they call ‘The Highlands Tourist Trail’.

We decided Huntley would be our first stop and see about visiting Huntley Castle if we could find it. Getting there wasn’t a problem, it was finding the actual castle that was a little problematic (or maybe we should both get our eyes checked when we get home!).

Following the road signs to Huntley Castle we arrived at a little road leading past schools under a pretty archway into a natural area right on the edge of town. We parked near a school to walk up the path to try and find the castle, but both decided to get the car and drive further up instead.
Narrow roads, many directions to go and looking for a majestic castle to appear made us look in all directions only to find the end of the road near a beautiful river.

Opting for river pictures instead now, since we hadn’t found the castle, we got out again and took some photos. We turn around and see… Huntley Castle right there! It had been right in front of our nose all this time and we didn’t see it!
To add insult to injury; I even pointed out a bench to Noëlla near the castle saying ‘I’m sure we can get up there somehow’. The somehow would be to just buy a ticket at the visitors centre we driven right past!

Even though Huntley Castle is mostly ruins it was pretty interesting to walk up the tower steps in narrow staircases (and a good way to lose those extra calories we eat here!)

The other good thing about Huntley is we finally managed to get our explorer passes so we can get in for free at different sights that are part of Historic Scotland.

Next part of our plan was going up to Elgin to see the Elgin Cathedral, also a member of Historic Scotland. The Cathedral is impressive although it is in ruins now, since it’s been under attack more than once and they’ve tried to burn it down to the ground back in the old days.
Unfortunately the cathedral shop and entrance were closed for lunch so we spend an hour waiting and eating our lunch on a nearby bench. Those who think Scotland only knows rain, I can tell you you’re wrong. It was a very sunny day and both of us got sunburned waiting for the cathedral to reopen.

The lovely Alistair gave us some background information about the cathedral before we made our way onto the grounds. Walking along the ruins and the graves is a very strange feeling, knowing so many years ago this was a very important place in the community.
They even put skulls and bones decorations, like pirates would, on their headstones back in the day!

Heading out we thanked Alistair again for his time and went on to the last stop of our day before heading to the hotel in Inverness. Fort George.

Fort George is still being used by the military, soldiers still reside and train there. It’s very big and right at the sea. Obviously we couldn’t go into all the buildings as some of it was off limits but walking around the parts that were open to the public cost us a few hours.

Fort George even has a dolphin lookout point, not thinking we’d see anything with the fog coming to shore we went up there anyway. And it’s a good thing we did too! The dolphins were splashing about, we got to see quiet a few jumping out of the water 🙂

After Fort George it was time to go to Inverness and find our hotel. It’s right near the city centre and very easy to find from the main roads. It’s more like a bed & breakfast and Wendy the hostess is a very friendly and helpful lady. The room is nicely decorated, fairly big and stocked up with supplies to make coffee, tea, hot chocolate and it even has cookies to go with it. This is the best place to stay we’ve encountered so far!

Tonight we’re off to Hootananny for some live Scottish music and to try the infamous whiskey :). Tomorrow we’ll have an extra day to explore Inverness and the surrounding area before we have to head down to the borders again. 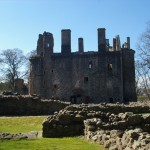 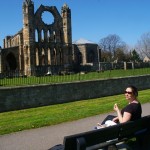 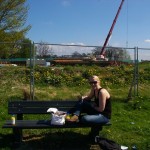 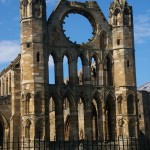 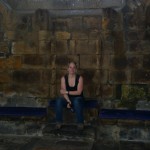 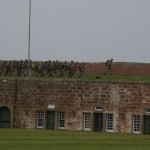 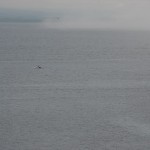 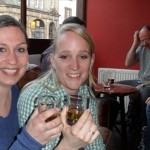 Chantal grew up in the early 80s in The Netherlands. She's always had a passion for books and loves to venture into worlds unknown filled with dragons, witches and magic. She has a fondness of vintage clothing and when she's not reading she enjoys nature, cuddling with her cats, and travelling.