NOS4A2, or Nosferatu, might be a bit of a weird title for a book, but it’s very fitting. Nosferatu is often associated with horror, vampires and the like, but it’s not really that scary yet very exhilarating. I would put it under fantasy rather than horror but that’s just my personal opinion.

NOS4A2 is about Victoria McQueen, a girl with a special gift. She can find lost things. Whether it’s an object someone has lost or the answer to a question that has yet to be found, she’ll find it. She does this by taking her bike and go over a specific bridge, that way she gets where she needs to be; close to home or all across the country.

Then there is Charles Manx, a (very old) man with a (very old) Rolls Royce Wraith with the license plate NOS4A2. With his car he can drive into a different dimension. He loves children, but in a very wrong way; he likes to collect them. He abducts them with his car and takes them to the other dimension where he drops them off at a very scary playground called Christmasland.

One day Victoria searches in all the wrong places and she runs into Manx. He takes her with him but she manages to escape. She is the only child that has every gotten away from Manx’ clutches.
Victoria tries to move on with her life and forget about the horrible experiences with Manx, but Manx can’t forget her and wants his revenge. He hits the road again to fill Christmasland and eventually takes Victoria’s son with him.

I’ve read this book back in April 2013, right after the release. Even though it’s about Christmas it doesn’t mean you can only read it around the holidays. Of course the atmosphere of the book makes it nice to read around Christmas time.
Joe Hill knows how to keep the tension going. I could hardly put the book down and read it as fast as I could. I really wanted to know how it ended (and of course I’m not going to tell you here). There were moments I was on the edge of my seat and made my eyes fly over the pages to find out what was happening next.

If you like thriller and fantasy it is a must-read, whether it’s Christmas or not, this book is brilliantly clammy-hands-exhilarating. Normally I wouldn’t read a book for a second time so quickly, but I think I’ll reread NOS4A2 again as soon as I finished my current book.

Positive: Detailed characters, attention for the surroundings in which the story takes place so it feels like you’re there, fantastically exhilarating.

Negative: It’s very much a fantasy book so you have to have a vivid imagination to be sucked into the story.

You can find a paperback version here, there is also an Ebook available. Other books by Joe Hill can be found here. 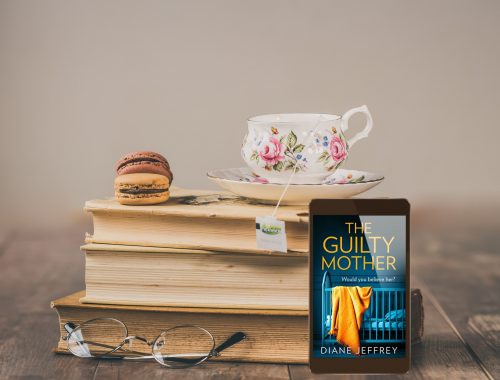