It’s been a while since I wrote here. One way or the other I just can’t seem to sit down and start writing. Or allow myself time to do so.

Now that I’m on my summer break I hope to change that a little. And maybe even catch some kind of rhythm so I can keep up with it all once I resume work .
I’ve started on translating my older posts into Dutch again. There are still many posts to translate but it’s a start.

It’s funny to see all the old posts, especially when they are about good food in different cities. Not necessarily because they are about food in general but because they are about meat and I thought it was “delicious”. Hilarious because I don’t even want to think about eating that now. I don’t even know what most meats taste like anymore (and I don’t miss it either). It would probably literally make me sick if I had to eat it again now, just because my body is no longer used to it. Anyway, this post wasn’t about meat in the first place 😉

I’ll be leaving for London again soon and I can’t wait! It doesn’t matter how often I go back there, there always seems to be something new to do and places to explore. I already have a lot of plans for this trip but I probably don’t have enough time to do it all. Oh well, that gives me a good reason to go back even more often.

That’s it for this update Here’s to a new blog rhythm and a lot of fun trips! 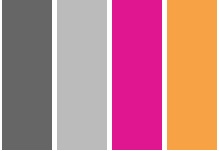