The Marriage Trap by Sheryl Browne

My husband has been keeping secrets for a long time. He thinks I don’t know what he does outside of this house. But I know everything…

Do you really ever know someone. I mean fully know them, no secrets between them? You think you might know the people in your life, but what if they have a big secret to hide. Something they won’t share, not until it’s too late.

That is what The Marriage Trap is built on. It is about Karla and Jason, a seemingly happily married couple with two children. Or they were happily married anyway. And then the secret came out…

Marriage On The Rocks

The story starts off with the ending. Yes, I know that sounds weird but trust me it makes perfect sense. You jump in this story head first with the ending of the marriage between Karla and Jason. How or why is still unknown. But Sheryl Browne takes us on the journey of their failing marriage. How they got to where they are. Is it why so many marriages fail; infidelity? Or is their more at play, something that is rooted in the core of either Karla or Jason or both. Foundations build when they were still young, out of their control, that got them to the position they are in now?

When I started reading I instantaneously felt like I was in their house with them. A fly on the wall of their relationship. The hurt and the anger jumping off the pages as well as the insecurity and the angst of what was to come.
Honestly, I really felt sorry for Karla. She saw her husband leaving her, seemingly for another woman. A reason that breaks up many marriages. Her pain of being cheated on was palpable. And with their two young children in the mix it’s obvious there are no winners here.

All Is Not As It Seems

But, don’t judge a book by its cover they say, or in this case, by its first chapter. Because rather early on it’s apparent there is more at play here than a spouse looking outside the marital home.
Karla’s past and present is dominated by her father. A man that will go to any length to keep his own reputation impeccable. Or at least for the outside world because he’s far from perfect (in fact he’s an asshole).

As the story progresses it becomes clear that Jason’s alleged infidelity is not necessarily the reason the marriage between Karla and Jason is on the rocks. Her father has been against their marriage from day one and while he plays games to meddle in their marriage Karla’s past is coming back to haunt her big time. The secret she harbours about her deceased sister Sarah is not something she can share, not even with Jason. She’s been trained from childhood to protect someone, but who?

It turns out not only Karla has a secret to keep. Slowly but surely the secrets unravel and just when you think you’ve figured out all the secrets there’s one more to keep you on your toes.

Halfway through the decline of their marriage I find my loyalty leaning more towards Jason. Karla throws a pity party for one and goes off the deep end. But the biggest piece of my heart goes out to Jason and Karla’s children who have to endure both their parents breaking down and displaying uncharacteristic behaviour.

This book is full of secrets, lies and ugly personalities. Sheryl Browne did a great job making the reader feel as if they are right there in the homes and lives of the characters. The twists and turns made me not see the complete endgame here and every adult had a secret to keep and their future to protect.

I thoroughly enjoyed it and I would definitely recommend this book. If you’re up for a psychological thriller that keeps you on the edge of your seat this one is for you.

The Marriage Trap is available from July 30, 2019. Grab your copy here

Disclaimer: I received this book as an ARC from Netgalley and Bookouture in exchange for my honest and unbiased review. All opinions are my own. 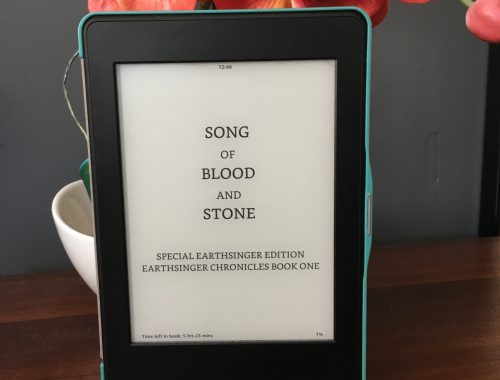