Imagine this; You’re a 15 year old girl, your abusive father just got murdered and a strange uncle you don’t even know is picking you up to come and live with him. Weird enough right? Well, in fact, things can become even weirder.

That estranged uncle runs Hood Academy deep in the woods. Not just any ordinary academy, but one that trains werewolf hunters. And as a cherry on top he wants you to take the oath to become a hunter.

Well, meet Mia, the protagonist in this story. Her life just completely changed because of all of the above. She is taken away from everything she knows to come live at Hood Academy. Eventually Mia takes the oath to become a werewolf hunter, but is that what she really wants to be?

Shelley Wilson created a fantasy world filled with werewolves, hunters and other things that go bump in the night. And at the same time she made it collide with the real world, exploring the intricate teenage world of friendship, loyalty and emotions. Hood Academy is the backdrop of it all with its old castle feel and secret rooms.

I think the feeling of teenage angst and exploring who you are is recognisable for a lot of people. Because it’s something most of us can relate to when we think back to our teenage and middle school years. Also, Mia was a very likeable character and I hoped she would find her true self through all the troubles she encountered.

At the same time I felt that in Mia’s quest for the truth and the hunt for werewolves things would often end up in her favour. Which seems a little too good to be true. Yes, I know it’s fantasy and things don’t have to “make sense” but I sort of like it when things don’t always go our protagonist’s way.

There are some plot twists, some people whose loyalty is questionable and some unlikely friendships in this book. But unfortunately it’s also a little predictable at times.

If you’re a fantasy fan and like werewolves this book could be for you.

Hood Academy is available from October 10, 2019

Disclaimer: I received this book as an ARC from Netgalley and BHC Press in exchange for my honest and unbiased review. All opinions are my own. 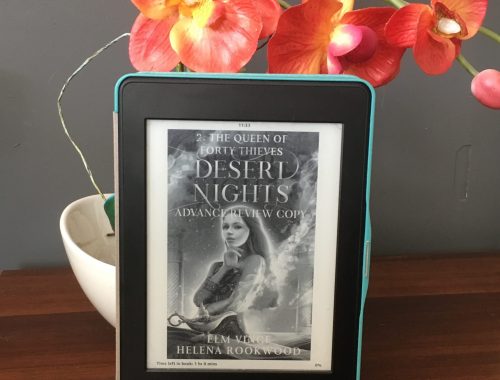