The Hollow King #2 by Jessica Thorne

Like deep dark water, it pulls them down. The faint fire of magic within them flickers and dies. Their eyes turn black as night. They are nightborn now.

Previously in Mageborn (book #1) we got to know protagonists Grace Marchant and Bastien Larelwynn, The Lord of Thorns.

The plot picks up 3 months after the last book finishes. Bastien, Grace and their comrades have fled to Valenti to escape the wrath of Queen Aurelie. We catch up with our friends in the Valenti  Royal Court.

Grace and Bastien are in love. The elite soldier and the Lord of Thorns, heir to the Larelwynn throne seem destined to be together. Prince Bastien with all his powerful magic and Grace, who recently got her magic restored. Together they form a powerful magical duo who want to use their magic for good.

But their happiness is short lived. Mageborn everywhere are turning into cruel and deadly beings; nightborn. Their magic overtaking them so they become completely unrecognisable, even to their own families. Grace and Prince Bastien are the only people with enough power to stop them. But to stop the nightborn sacrifices need to be made.

The only way Grace and Bastien can stop the nightborn is to strike a deal with the Valenti Royals. In particular a manipulative bunch who have their eyes set on the Larelwynn throne. At any rate, this deal is to be the biggest sacrifice of them all. If they want to defeat the nightborn Bastien has to marry the Rose of the Valenti; a Valenti princess.

To make matters worse Grace starts to get a feeling deep in her being. It’s creeping up on her and she has to do everything she can to control it. The nightborn magic is trying to overtake her as well.

Will Bastien agree to marry the Valenti princess? Can Grace make the heartbreaking sacrifice to see her lover marry another for the greater good? Can she fight off the nightborn magic long enough to defeat it?

Jessica Thorne continued the journey of our strong female lead Grace and the bad-guy-turned-out-not-so-bad Prince Bastien in this second instalment. She managed to create a second world alongside the kingdom of Rathlynn from the previous book.

This time around I found the description of the characters as well as the places a lot more detailed. It was easier to connect with the created world for me. It really felt that there was a second kingdom next to Rathlynn that seemed entirely different from one another.

The romantic undercurrent from book #1 is no longer an undercurrent in this book. It has become the main story line. It has to be because their romance is what makes or breaks the defeat of the nightborn. I didn’t mind it as the main focus though, as it doesn’t take away from the story line now.

I don’t think I would have been able to grasp the story line so well if I hadn’t read book #1. So while I think you could read this one as a standalone book, I would really recommend reading book #1 first. Too much of what is happening here is related to the first book. So to make it a better and more enjoyable read, pick up Mageborn first.

Nightborn is published on 26th May 2020. Get your copy here

Disclaimer: I received this book as an ARC from Netgalley and Bookouture in exchange for my honest and unbiased review. All opinions are my own 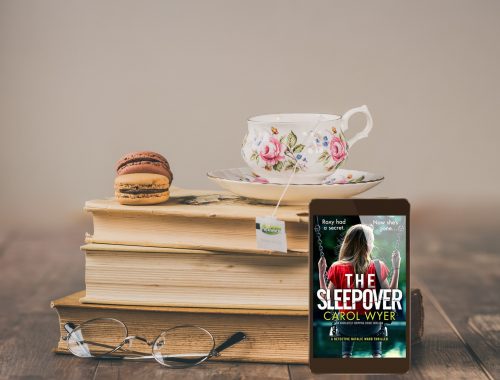