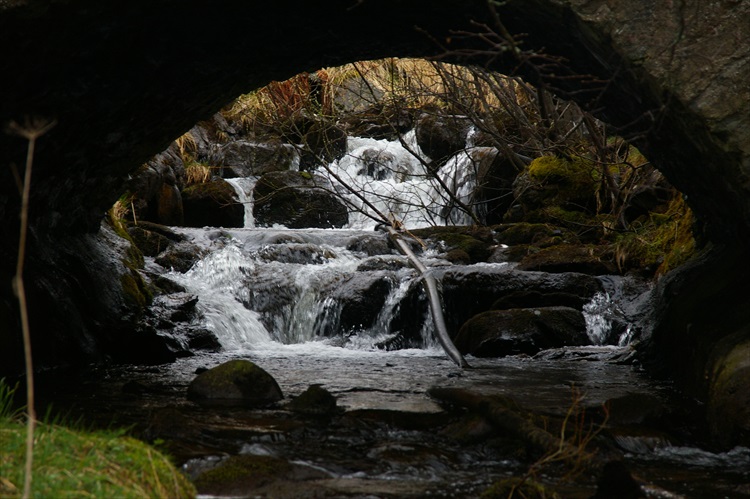 After a decent first night in Scotland we went to see what a Scottish continental breakfast was all about, so at the wonderful hour of 8 AM we headed downstairs only to find the breakfast room packed with people, who obviously had the same bright idea of an early start. We really didn’t expect that as we never saw or heard anyone so we thought the hotel was nearly empty.

We managed to squeeze ourselves into the room, literally, somewhere behind the entrance door between a wall and another table, sitting sideways on our chairs because there was no room to sit properly. Breakfast today wasn’t very exciting; cereal, juices, fruit, yoghurt, toast and jam with either tea or coffee. We can’t complain though, it was perfectly edible.

After heading to Tesco’s to pick up lunch to picnic along the way, we got on the road on the way to Aberdeen. Taking the tourist route through the national park we saw some stunning views. The views over the valleys (or glens as they call them here) are amazing even with a little bit of light drizzle in the morning.
The higher we got up in the mountains the more the fog set in, at one point we even had to use our fog light. Luckily as quickly as the fog set in, it was gone.

We stopped at Braemar to see Braemar Castle, a castle still owned by a local clan; Clan Farquharson, but leased to a local charity to restore it to its original state and to do tours (which, along with donations partially pays for the restoration). They still have Highland Games here every year in September and even the Queen visits every year!
It’s a lot bigger on the inside than it appears on the outside and before we knew it, it was way past lunch time.

Picnicking at the foot of Braemar Castle we enjoyed the view some more before getting back on the road to our next stop. Which ended up being Balmoral Castle, the British Royal family still resides there so most of the castle isn’t open for public, but the ballroom and the grounds are. To say it was a waste of money isn’t very fair but we could have done without ;).
The river walk outside the grounds was lovely though and I’m sure if you would spend a day walking the grounds it’s just as wonderful but for our short visit not so much.

Our next quest was finding the bridge were you can see salmon swimming upstream. We pretty much looked all over the area where it was supposed to be, but couldn’t find it. We never saw any road signs either so instead of thinking we missed a turn, we’re pretty sure it’s off season and they took the signs down ;).

Driving on to Aberdeen the biggest quest of the day seemed to be finding a place to eat. There are pubs enough along the way but we just wanted quick meal and head to the youth hostel we booked a room at. Unfortunately from Balmoral to Aberdeen not one fast food restaurant can be found. The nearest one to go to is located IN Aberdeen, so we found the hostel first and from there got directions to the main street to get some McDonalds. By the time we sat down to eat it was around 8.30 PM, to say we were hungry is a bit of an understatement. By visiting the main street for food, we’ve seen about all there is to see in Aberdeen. Its 3 main buildings are along the main roads!!

Staying at the hostel meant a good night sleep clean showers and toilets and the atmosphere was easygoing.
On to Inverness tomorrow 🙂 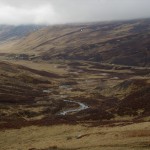 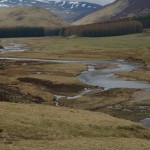 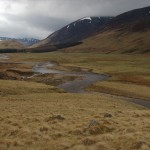 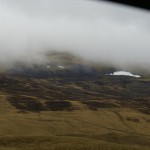 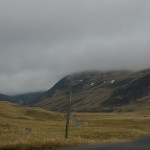 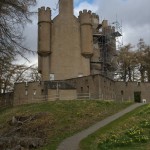 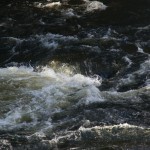 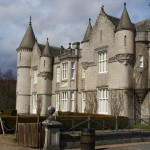 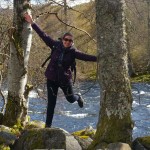 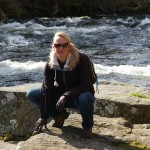 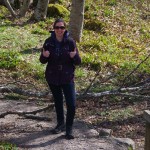 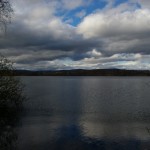 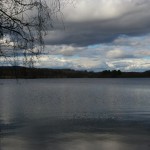 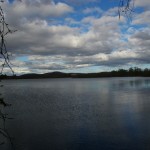 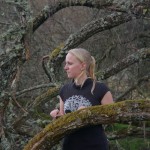 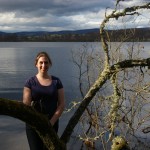 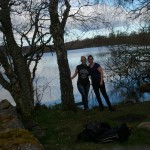 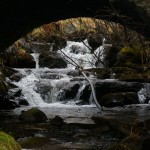 It’s early, it’s sunny, we’re having breakfast and after a full night aboard the Princess Seaways we’re pretty close to Newcastle!

They say waiting always takes forever and they’re right, it really seemed to take forever to get off the boat and through customs but we made it. Newcastle soil under our feet.

Getting to the airport to pick up the rental car was easy, dragging a big and heavy bag along not so much. I’m so happy with my very easy to carry bagpack at those times 😉
We ended up upgrading to a bigger car, a very comfortable Ford Focus, so both our bags fit in the trunk.

Steve from the rental company told us the best places for lunch and things to see along the way up to Edinburgh. So with Noëlla behind the wheel and me navigating, off we went to Craster. Unfortunately the small car park near the castle was completely full, so no castle for us to see here :(.
Instead we had a lovely lunch at The Cottage Inn, a very busy local pub.

Luckily Steve told us of more things to see so we headed to Bamburgh for Bamburgh Castle. Apparently the best Castle in the northern area. With only one castle we’ve seen so far we can’t deny that claim, the views were spectacular, very close to the sea it’s located perfectly for both cultural and beach exploring. You walk right down to the sea from the castle. If you’re in the area, go see, I think it’s worth it!

We’d like to stay a bit longer but we still have a few hours to drive before reaching Edinburg. Along the way, the views are wonderful and when we reach the Scottish border, we just have to stop and take touristy photos 🙂

Edinburg wasn’t hard to find and the hotel was pretty conveniently located off a main road into a quiet street. I’m glad I have such good navigator skills 😉 (TomTom helped a little, in all honesty, I’m more the ‘road signs reader, what’s up ahead’ girl since driving and reading all road sides and warnings at the same time isn’t easy)

Edinburg city centre is wonderful, old buildings, lovely architecture and of course the Edinburgh Castle (which unfortunately was closed by the time we got there). We walked along the Royal Mile with its many souvenir, kilt and jewellery shops and restaurants. Princess street is worth a visit too and it’s all very easy to get to by bus, so no inner city driving is needed!

Day one of our road tripping adventure through Scotland has been fantastic, tomorrow we’re headed to Aberdeen.