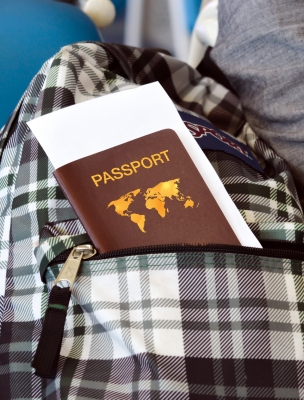 In less than 90 days Sarah will have arrived in The Netherlands and the European Backpacking Adventure can begin. We won’t be leaving to explore Europe right away, as I have a few days of work left at that time but that doesn’t make things less exciting.

The plan right now is to backpack around Europe by train and visit some beautiful cities like Paris and Rome and see stunning views in Austria amongst others. But hey, it’s not set in stone so things could change last minute. That’s the exciting part of backpacking, things can change in an instant and take a whole new direction. Adventures for sure!

What makes this trip even more adventurous (or at least according to some, I’m not in the least bit worried about it) is that Sarah and I never met, at least face to face. We’re family and have spoken to each other a lot and it’s safe to say we have a lot in common and get along well. I’m convinced that this isn’t going to be an issue at all, because hey we’re WHANAU 😉

I still need to get a few things for the trip in the next few months but they’re all minor so that’s going to be a breeze. I even managed to fit my tripod for my SLR in my daypack without being it too heavy to carry so I’m seriously considering taking it. It might make taking photos at certain locations so much easier :). I do still need to get a remote for the camera. That’s one thing I’m sure off I’ll use a lot. Not only on the road but also at home when I find some free, so it will be a good investment.

Have you been to Europe and what would you recommend we really should see?

I haven’t even finished organising the backpacking trip in October and I’ve already got a new trip in the works. I’m going to London, baby!

I have been to London more times than I can count, and in truth, it’s my home away from home. There’s no one reason in particular that makes me feel this way about London but I just love being there.

This time around it’s going to be a short trip, just a few days. I’m going to attend a concert with my friend May and just soak in the city for a bit. It’s been over a year since I last been there and I miss it.

The trip is not until December, but it’s something I’m really looking forward to! Not just seeing the city but also hanging out with May 🙂

So London, get ready, I’m coming!

Next up; backpacking in Europe with my cousin Sarah (October 2013)